This year, we were so proud to launch the inaugural Hall of Innovators Awards Ceremony! A call was made to the public to nominate Yukoners who have shown exceptional dedication to improving the lives of others in the territory with their innovative spirit and contributions – the nominations that came in were heartwarming and inspiring.

To celebrate the selected nominees and present the awards, we had a small, Covid sanctioned ceremony which was live streamed to a supportive and enthusiastic audience. You can watch the full awards ceremony here(link inserted).

The awards presented to the nominees were traditional feast dishes designed by local Tlingit/Irish First nation artist, Mark Preston, and made right here in Yukonstruct’s Makespace woodshop.   These Feast dishes symbolize the gesture of hospitality and welcoming, and are a Northwest Coast Indigenous art form.

Two categories of awards were created to recognize our local innovators:  A Lifetime Achievement Award and a Notable Innovator Award.

Please join us in celebrating these outstanding and inspiring community leaders: 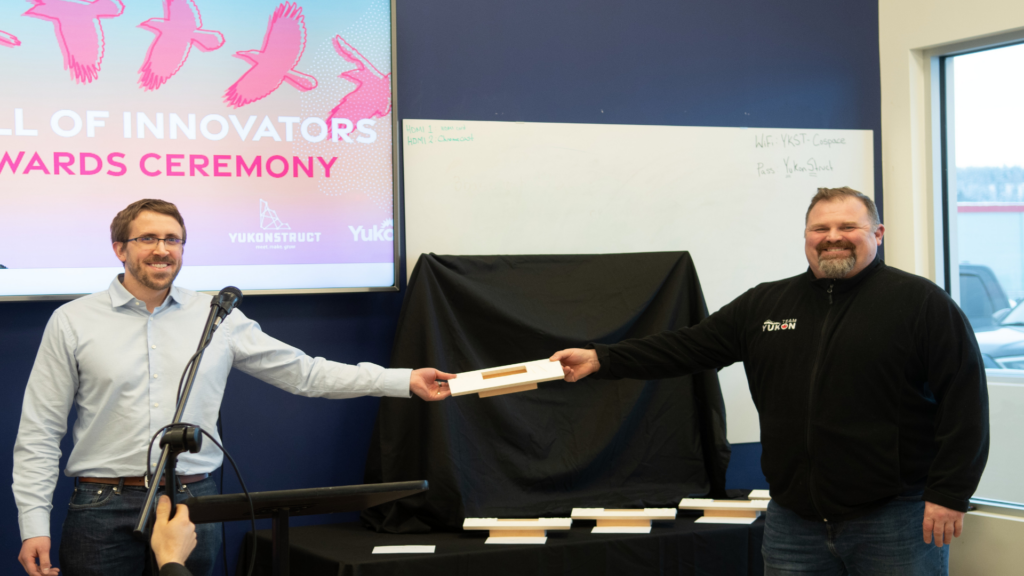 Ben Powers of Solvest, and Carl Burgess, and Tarek Bos – Jabbar, of sister company ColdAcre Food Systems, received a Notable Innovators Award for the incredible work they are doing to bring renewable solar energy to the North, and to address the issue of food security, expanding local options, growing fresh food year-round, and providing all-season growing systems for northerners..

The nominations described Ben and his team as “people who do the right thing, even when no one is looking”. Innovators that are driven to support their local community through creating training opportunities, strong relationships and partnerships, and jobs, and who do so with the utmost of integrity.

Solvest and ColdAcre are leading Yukon to a more sustainable future and we are thrilled to recognize the importance of their work. 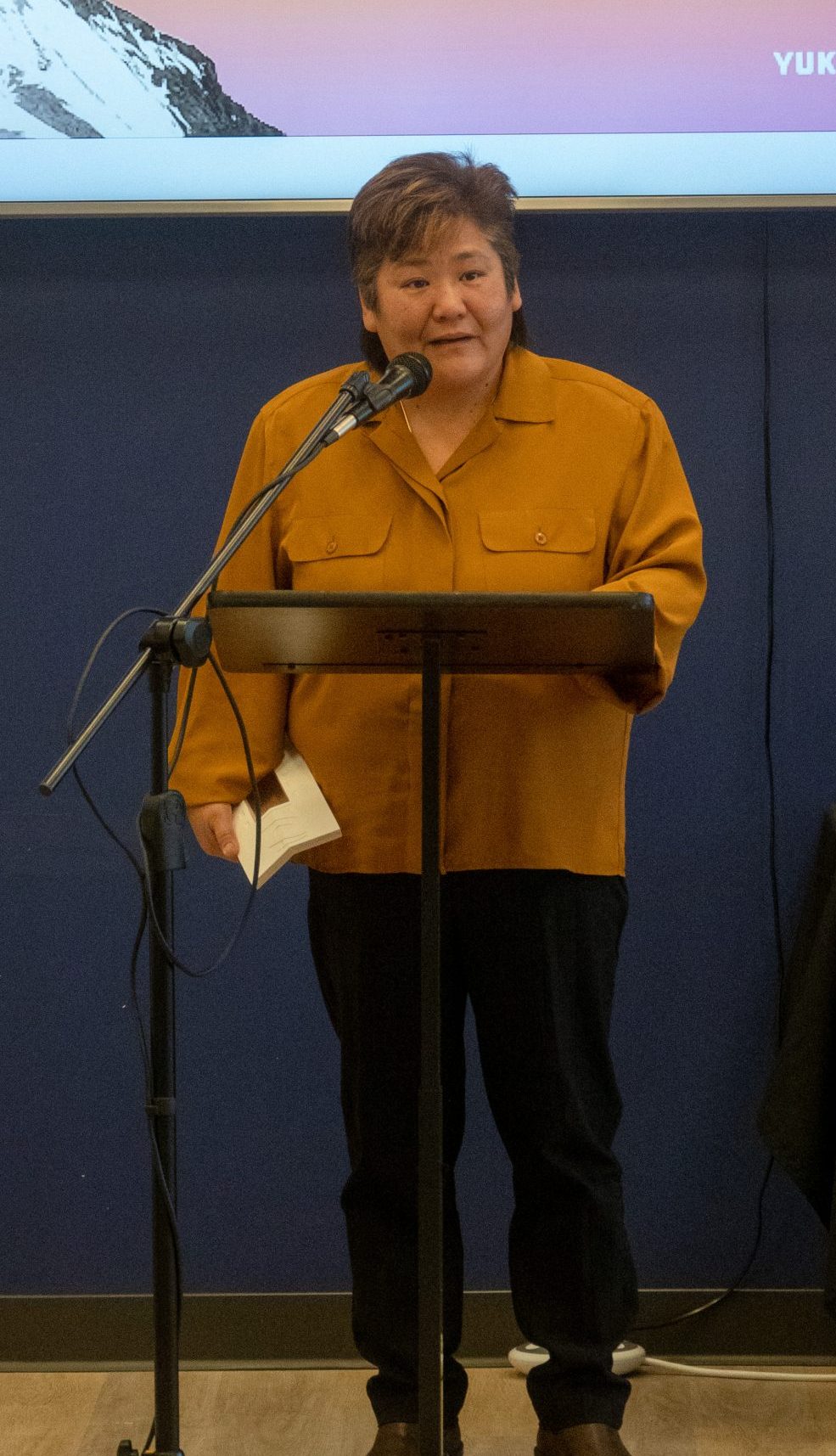 Gina Nagano received a Notable Innovators Award for her significant work in implementing Community Safety Officer Programs and crime prevention through environmental design in many First Nation communities across the Yukon.

After a 20-year career with the RCMP, Trʼondëk Hwëchʼin citizen Gina Nagano devoted her time and attention to bringing change and reform to the justice system here in the Yukon, and across Canada. Gina founded Shëzho Zhùr – House of Wolf and Associates consulting firm to take a holistic and community-led approach to justice- she believes that justice is an integral part to the wellbeing of a community and it can not be separate from that.

Gina’s work of innovating and recreating the justice process in First Nation communities’ is having an incredible impact on both individuals and communities in the Yukon and we are humbled to present this award. 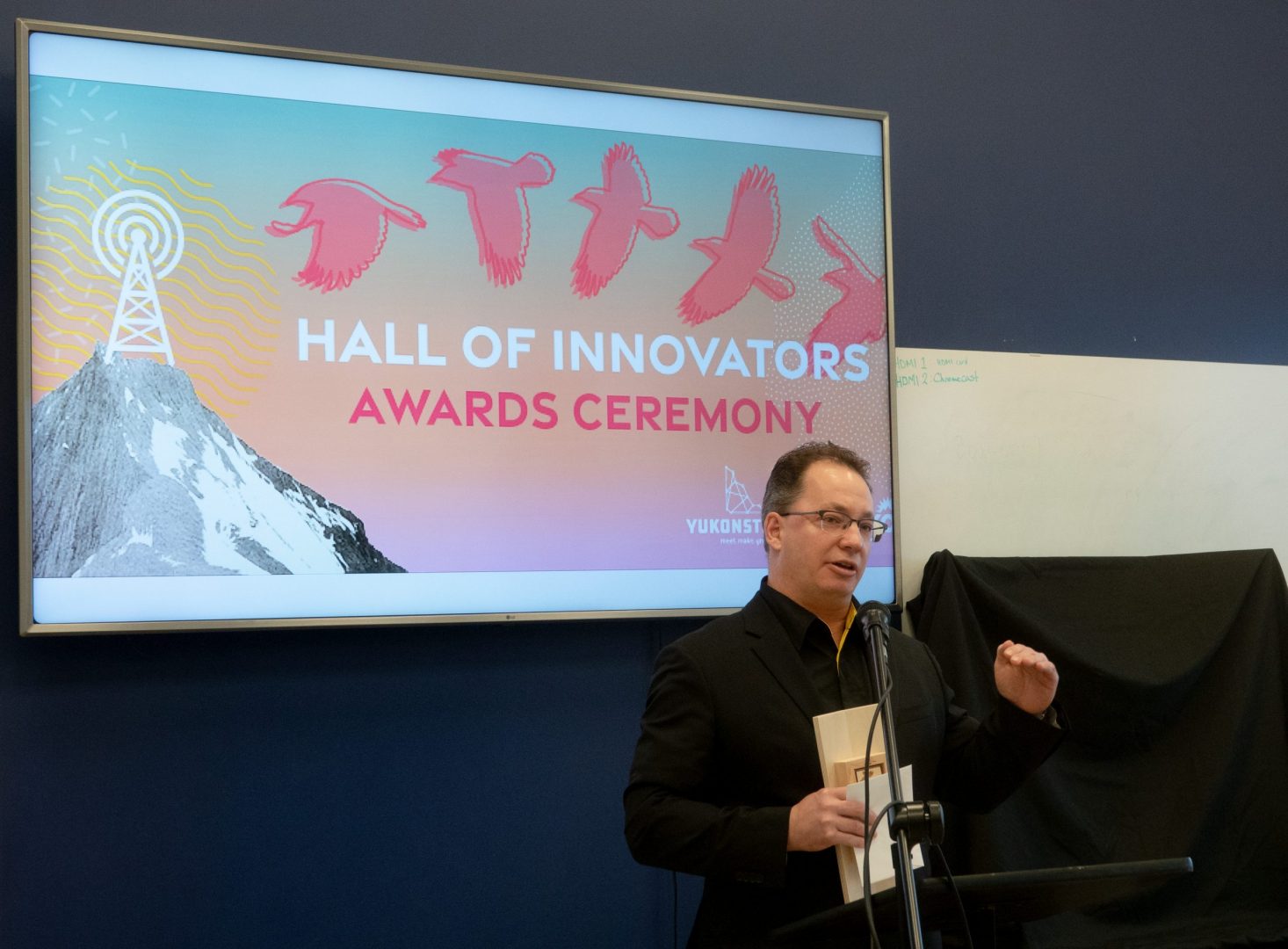 Yukon Chapter of Ride for Dad

Sean Secord accepted a Notable Innovators Award on behalf of The Yukon chapter of Ride for Dad for leading the important initiative of raising money and creating awareness and openness about the subject of prostate cancer – something that has traditionally been uncomfortable for many people to address.

The commitment and innovative approach to raising funds and awareness for this worthy cause is illustrated by the fact that, in spite of being the most northern chapter, with the shortest riding season, and the smallest population, the Ride for Dad Yukon chapter consistently lands in the top three locations across Canada (out of about 40), to raise the most money each year. This is due, in part, to the wildly successful Ride for Dad Comedy night – an annual event thought up and executed by the Yukon team.

In addition to raising money and awareness, Ride for Dad Yukon hosted a national summit in 2017 with chapters from across Canada attending. The event showcased researchers and their projects. This was the only time in Ride for Dad’s 20 year history that a summit of this nature was held.

This is a team who shows relentless dedication to improving the lives of others in our community and their impact is commendable. 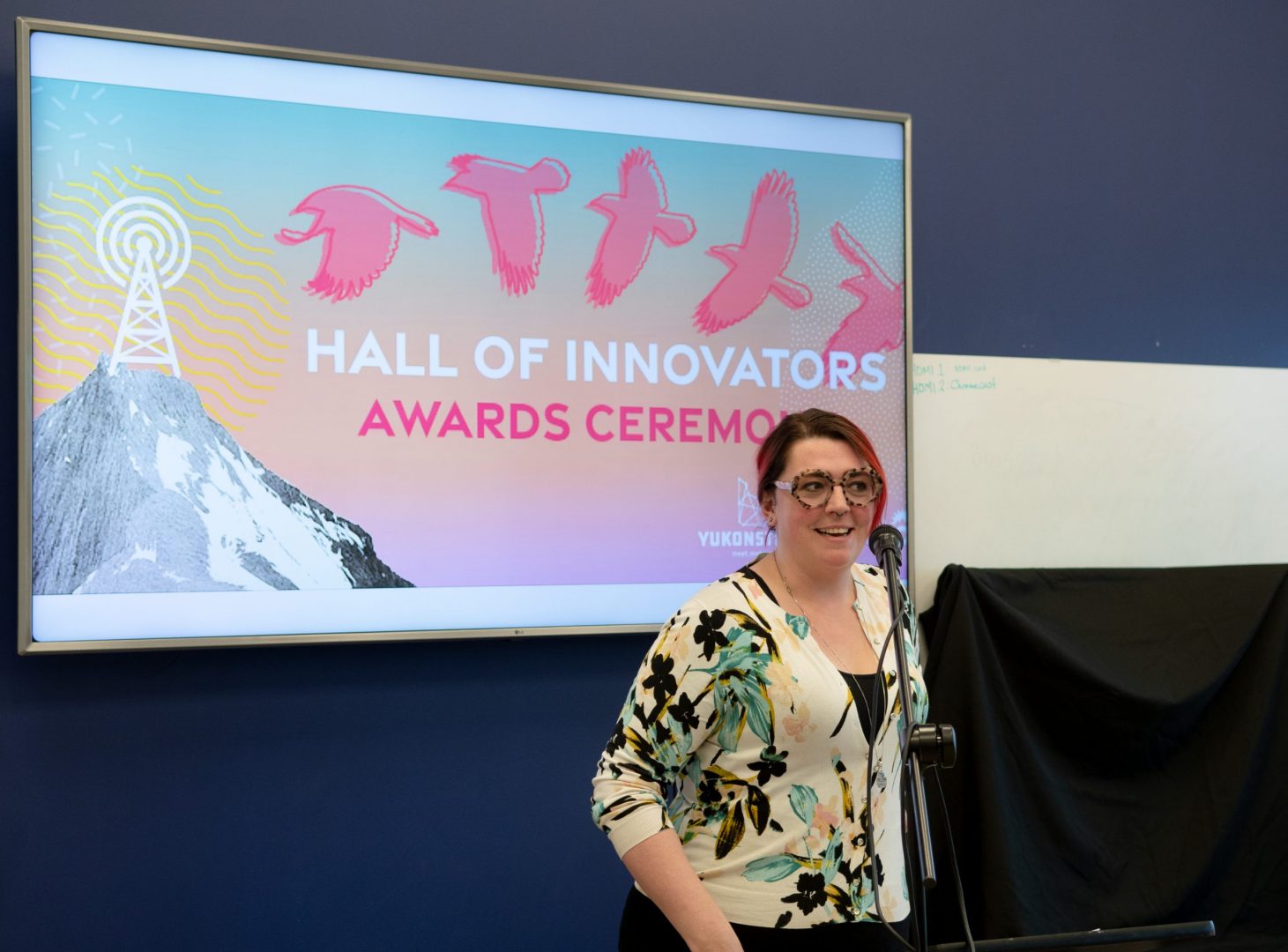 Sidney Oland received a Notable Innovators Award for her work in establishing “The Food Hub”.

Sidney took her experience and knowledge gained from building the first chocolate factory north of 60 and used it to develop and open a complete commercial kitchen and food manufacturing facility where she provides other small food startups an opportunity to grow in an affordable space with access to support and expertise.

With the successful opening and operation of the “The Food Hub”, she has provided the space and opportunity that was desperately needed, and a blueprint for the rest of the Yukons’ small businesses to support and foster growth in industry.

In addition to creating opportunities for other food based businesses, she is committed to sourcing  local ingredients first for her own manufacturing, which has allowed her to work with many other producers in the territory.

Sydney is a business innovator who generously shares her talents and competence, setting the stage for future entrepreneurs to flourish. 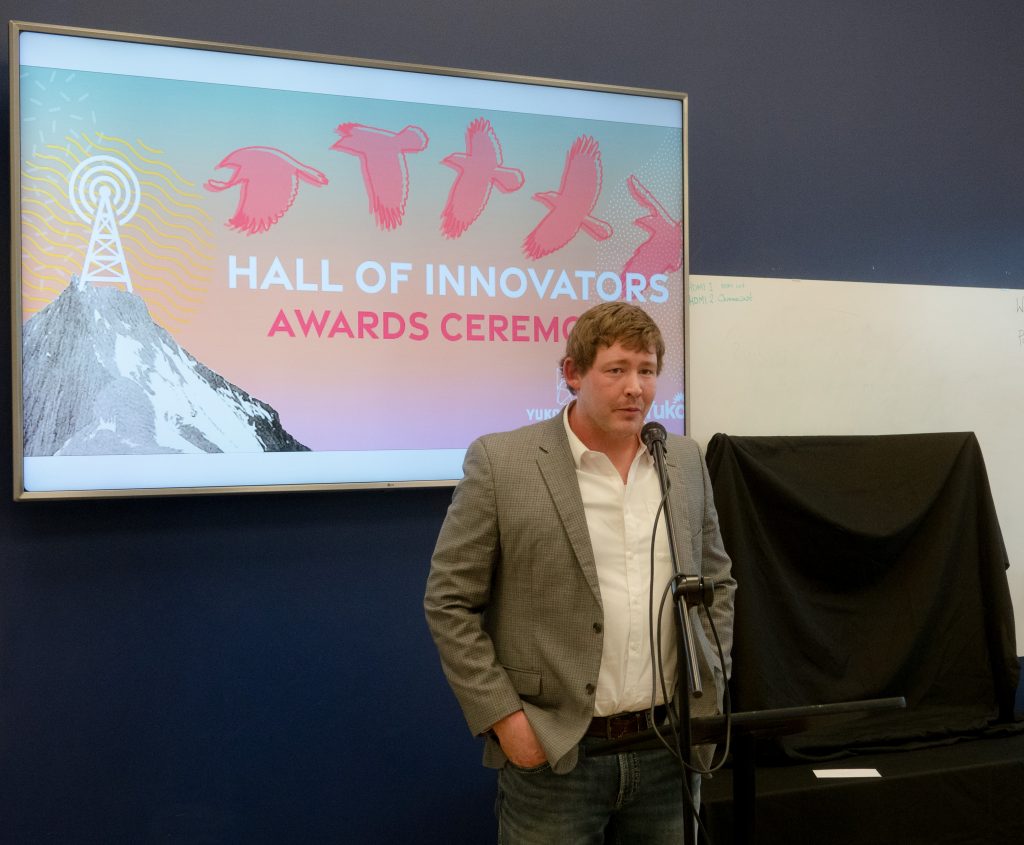 Though Gord’s most visible achievement  is starting Total North Communications, a technology and communications company in the Yukon, he is best known by his colleagues, partners, family, and the Yukon community for being an exceedingly decent person and compelling leader.

He brought innovation to the Yukon in more ways than can be cited in this short blog, but a brief snapshot of his contributions include delivering the first cable TV installations in North America, becoming the largest satellite internet service company in the North, installing one of the first fiber networks in the North to service Dawson City with distributed TV, and growing Total North to one of the largest technology integrators in the north with 24 employees and a diverse set of offerings.

A relentless inventor, his first stand out invention was Total Point –  a low power radio device that could be programmed remotely and listened to on a standard vehicle or home FM radio. Aimed at emergency response, this was a tool that allowed people to communicate critical safety information and updates. This product took Gord around the world as a member of team Canada, a group of innovators selected to go overseas with Jean Chretien and some government officials to attempt to drum up business.

His vision for innovation in the North wasn’t limited to communications or technology. He managed his teams and business relationships with the same degree of conscientiousness and integrity, this approach brought out the best in everyone he dealt with. His impact will be felt for generations to come and lay the groundwork for future innovations.

The cohort of selected nominees all contributed something unique and impactful to our community. We feel honoured to get to recognize them and humbled to get to benefit from their dedication to creating a thriving, more  prosperous, and innovative landscape in the Yukon. 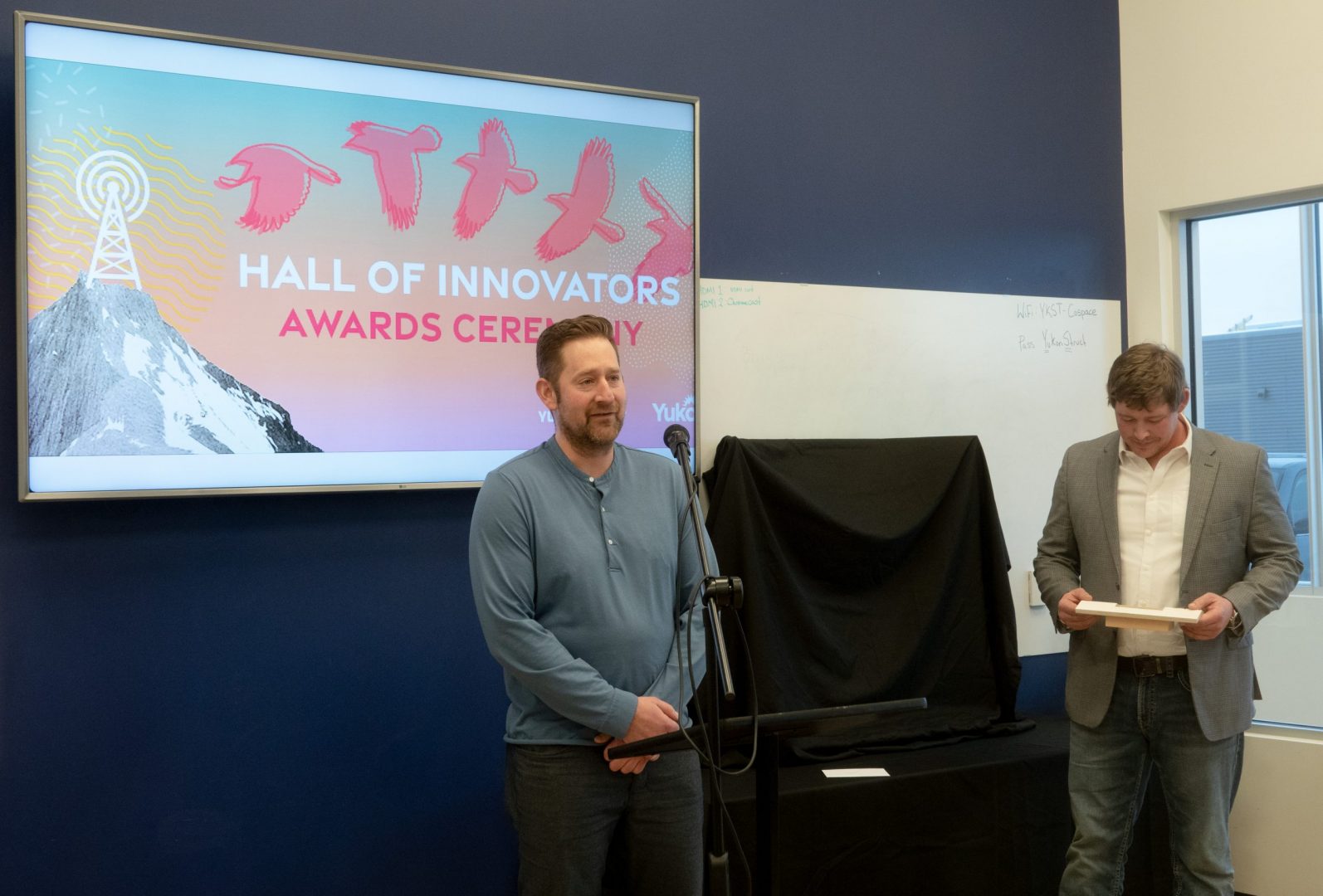 To honour the award recipients of this year and future years, and to pay tribute to the spirit of innovation in the Yukon,  there will be a Hall of Innovators at NorthLight Innovation, designed by Tlingit First Nation artist, Mark Preston. We look forward to unveiling his work in the coming months. 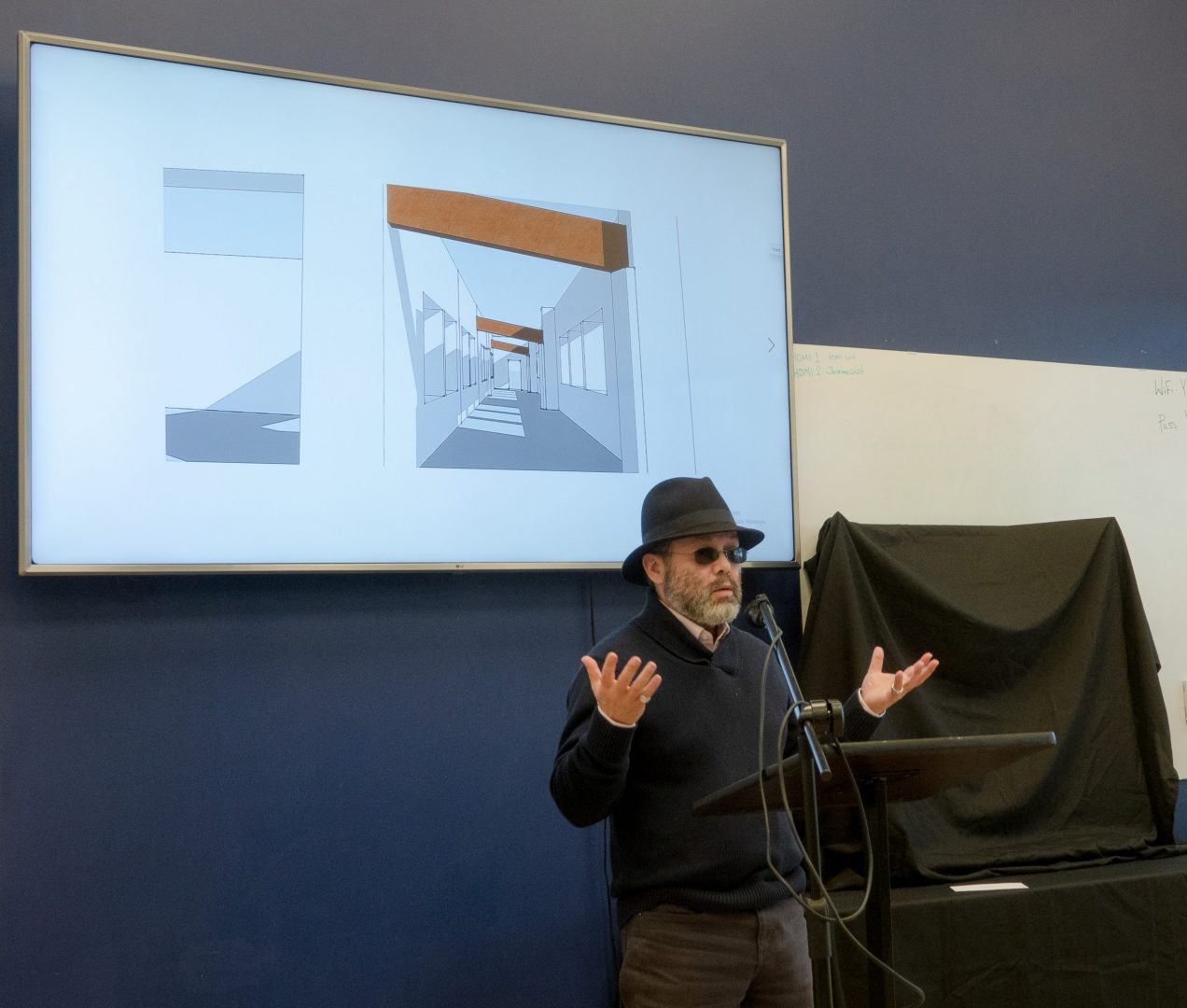 The awards were a huge success, and we look forward to adding names in the coming years. Special thanks goes to Yukon government Department of Economic Development for their support that made these awards possible. Also, we’d like to sincerely thank the selection committee members for volunteering their time to review the nominations.